Ongoing Research into the Local Area History – Can You Help?

Local history research is an ongoing enterprise.  We welcome any new information or materials (e.g. photographs, old newspapers and organization newsletters, real estate advertisements, stories and/or genealogical information from pre-suburban residents of the area).  Please contact us if you have anything that might be of interest to our local history by emailing centenaryhistory2@hotmail.com or by phoning (07)33761615 during business hours.

We are particularly interested in information and material relevant to the projects and issues below. 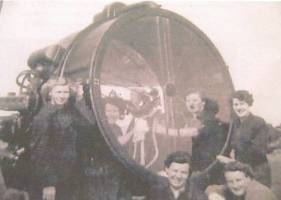 ’17 Mile Rock’ Searchlights, World War 2 This project investigates the exact location and other facts about an anti-aircraft Searchlight that operated in Seventeen Mile Rocks for two years during World War II. Contact us if you have any information that may be of use to this project.

Catholic Shrine with Statue of Our Lady of Fatima at Mt Ommaney, 1950s

The Order of St Augustine, an order of Catholic priests, owned a considerable part of the hill Mt Ommaney (once known as Mt Hominy), particularly the upper area and southern and western slopes, during the 1950s.  The land was part of their dairy farm whose house and farm buildings were situated near the old silo on the McLeod Country Golf Club.  However, it was planned that a boys’ college would be built at the summit.  On September 9 1951, Archbishop Duhig dedicated a shrine with a statue of our Lady of Fatima near the peak of Mt Ommaney on the site of the proposed college. Subsequent fundraising for the college included boat trips from the city to the area then ascent of Mt Ommaney to visit the shrine.  For a number of reasons, the plan was eventually abandoned in favour of the establishment of Villanova College at Coorparoo.  The statue was destroyed by the Order when the property was sold, to avoid it being exposed to vandalism.

We are keen to hear from anyone who might have any photographs of the shrine/statue.  We would also welcome any information about the dedication of the shrine, or accounts of fund-raising or other excursions to visit it. 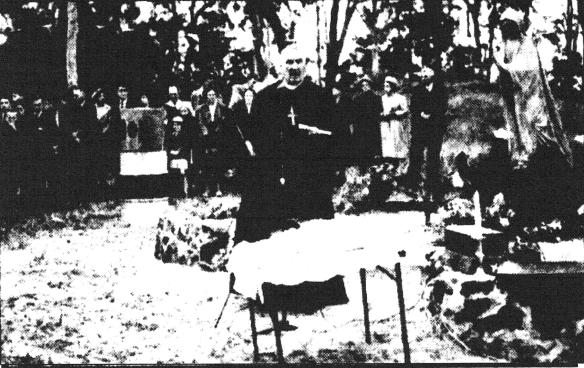 What is the origin of the names Pope’s Reach and Pope’s Corner?

A reach of the Brisbane River in the Westlake-Riverhills area is called Pope’s Reach and the corner at the upstream end of that reach (near Lather Road, Bellbowrie) is called Pope’s Corner: see map below. We have found evidence of official usage of these names on river survey maps as early as 1901. Land title deeds for both north and south sides of the river indicate that no-one with the surname Pope owned land bordering Pope’s Reach on either side of the river in the late 19th-early 20th centuries. Many other sources including Archives, Museums, Libraries and published works have been consulted. If you have information that may throw light on this issue, please let us know! 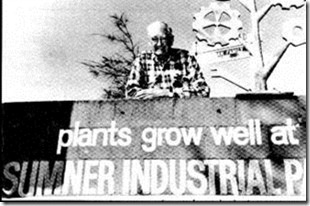 Do you have any information about the “Welcome Wagon” which operated in 1970s Jindalee?

The Historical Society would like to hear from residents or former residents of the locality who are willing to share stories and/or photos of events under and near the tree.  See story about the tree here.